What Is PVC Hose? 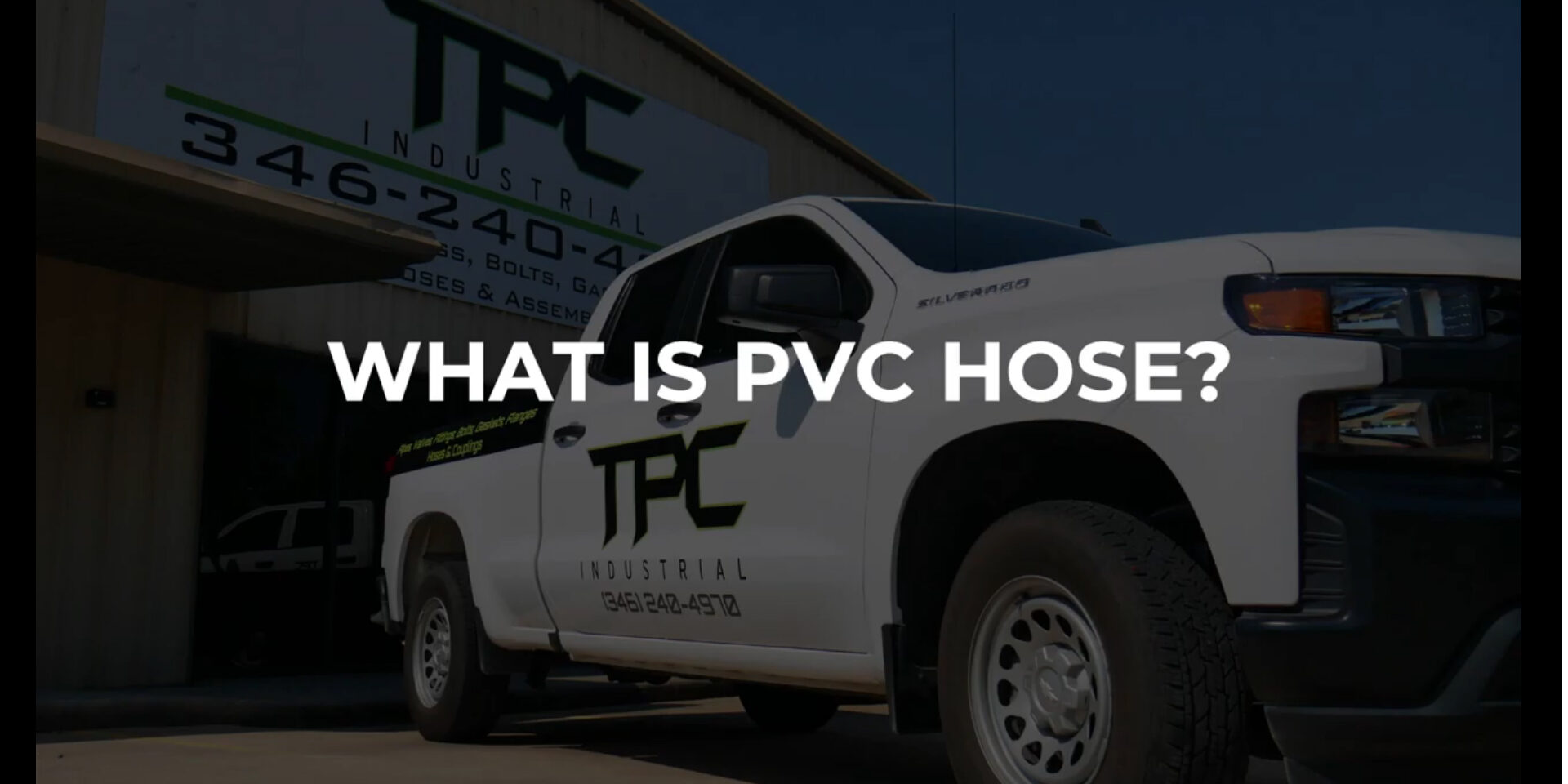 A: PVC is polyvinyl chloride it is a much lighter, less expensive hose that is cheaper than rubber. It’s used for lower pressure applications such as air and water.

A Polyvinyl chloride (PVC) hose is constructed from a thermoplastic polymer that is created by polymerizing vinyl chloride. Yeah, that’s a mouthful. It’s just a lighter, more economical hose than rubber. It also is comprised of less petroleum than other polymer materials. PVC hoses have replaced rubber in many industrial applications and home consumer markets.

A Brief History Of PVC

PVC was discovered in 1835 by French chemist Henri Regnault—accidentally. The gas, vinyl chloride was accidentally exposed to sunlight whereby it changed into a solid. This change is now known as polymerization. However, PVC use laid dormant until the 1920s when researchers were seeking an alternative material to rubber.

The Popularity Of PVC

Then, PVC was implemented into various domestic products such as waterproof substrates and golf balls. It was in World War II where PVC really took off with the rubber shortage in the United States. The onset of World War II effectively cut off the United State to almost all of the natural rubber supply in the world. At the time, the U.S. had a rubber stockpile of about one million tons. However, consuming 600,000 tons annually, with no access to a supply chain during a war created a perfect storm.

This allowed PVC to rise in prominence as it became the replacement for wire installation on all U.S. military vessels. After WWII, PVC usage expanded more and more every year—now, it’s a major component in just about every industry.

PVC hoses, in particular, became quite popular around the early 1960s, being used in agriculture, manufacturing, and other industries. These days, it’s used in many household products such as garden hoses, refrigerators, and more.

Variety Of Hoses And Applications

There are various kinds of PVC hoses such as lay-flat, steel braided hoses, rubber-lined fire hoses, and suction hoses. In the home, you’ll find PVC hoses in your backyard, in bathroom handheld showerheads, and under your kitchen sink.

Walk out to your vehicle and you’ll find PVC hoses playing an integral part of your engine’s operation. A PVC hose is used as a pressure vent in the crankcase so that oil won’t blow out a seal.

Farmers incorporate steel suction and screw suction PVC hose usage to irrigate fields and spray crops with pesticides and supplements. They also use it as a transfer device to move grain, flours, and even gas and fuel. As for industrial applications, Hydraulic PVC hoses are used on machinery in manufacturing plants.

In the oil and gas industry, steel-reinforced hosing makes PVC hoses resistant to corrosion and static. This makes it a suitable option for moving high pressure and explosive liquids and gases. That same fortification also makes it useful to transfer sludge via suction hoses in the construction, chemical, and automotive sectors.

PVC braid reinforced hose is most commonly used in agriculture, fishing, engineering, and household items. It can transfer fluids and gases such as

As you can see, PVC is used worldwide across a multitude of applications. In fact, it is one of the most versatile hoses in the PVF industry accounting for over 82% of hose sales. This is partly due to PVC being very economical. Also, it’s great for applications that don’t have exposure to extreme temperatures, UV radiation, or chemicals. It’s a light-duty hose with many different applications for it, so it’s a top seller.

Other Common Types Of PVC Hose

Although it seems we named every variety of PVC hose out there, we didn’t even scratch the surface. Furthermore, PVC hose has one of the widest varieties of hoses under the PVC umbrella. Some of the most popular ones are:

PVC corrugated suction hose is flexible and designed for transfer and suction in applications where transparency is necessary. You can see blockages and the flow of material so that you can keep operations running consistently. The actual hose (tube) is smooth clear PVC with a corrugated cover for flexibility. It can be fitted with a variety of hose couplings that fit your job specifications.

Also called a discharge hose, pump hose, or delivery hose as well. Perfect for transporting water, light-duty chemicals, and other fluids across many industries. The hose is quite strong, yet remarkably lightweight.

Coupling options include aluminum, quick-connect connectors, or Gator Lock shank through a multitude of methods. It works well for marine applications as well as construction and agriculture, especially immigration and flood control.

A PVC gas hose is made from high-quality PVC. It’s flexible, has some elasticity, prevents the hose from cutting, and protects inside from flame or any heat source. Smooth inner walls can mitigate pressure loss and boost flow speed.

Widely used to convey natural gas often in low-pressure residential applications such as for a gas stove.

Constructed of lightweight and durable PVC that’s an alternative to rubber and plastic wash-down hoses. It remains flexible even in very cold temperatures and resists kinking while also laying flat.

Usually, this hose is used in cold water washdown applications such as dairy farms and car washes.

The PVC welding hose is designed for exactly what it describes—welding.  This hose is perfect for all oxygen-acetylene welding and cutting applications. Because it’s light and very flexible, it’s also used often for long-distance welding.

Polyurethane (PU) and polyvinyl chloride (PVC) are two of the most popular materials for industrial hose use. Both are created from types of thermoplastic but there are some key differences between the two. For that reason, PVC is better suited for some applications while Polyurethane is better than PVC in some other applications as well.

PVC is well suited for use in food, irrigation, dairy, and medical applications as well. However, since it is so resistant to weathering and most chemicals, it can be used for much more.

PVC hose is available in heavy, medium, or light-duty and can be reinforced. As a result, PVC hose is always in demand for any application. However, PVC hose does have its weaknesses. It isn’t compatible with some oils, chemicals, and fluids which over time can break it down causing it to crack. Fortunately, TPC also carries some special, oil-resistant PVC hose with special linings to prevent that.

Polyurethane hose fills in where PVC struggles, offering superb resistance to most petroleum-based fluids and chemicals. This is why PU hose is often used in fuel lines. Lower temperatures are also not an issue for polyurethane hose.

Additionally, high-pressure applications are another area where polyurethane hose really shines as it does well in these applications. However, polyurethane is not tasteless like PVC is so it is not suited for agriculture or food industries, for instance.

Is PVC Hose Right For Your Project?

Whether your application is well suited for PVC or another type of hose, depends on a lot of factors. Therefore, you’ll want to lay out the specifications of your project with one of our consultants. Contact us today, we look forward to serving you.