What Type Of Pipe Does TPC Provide? 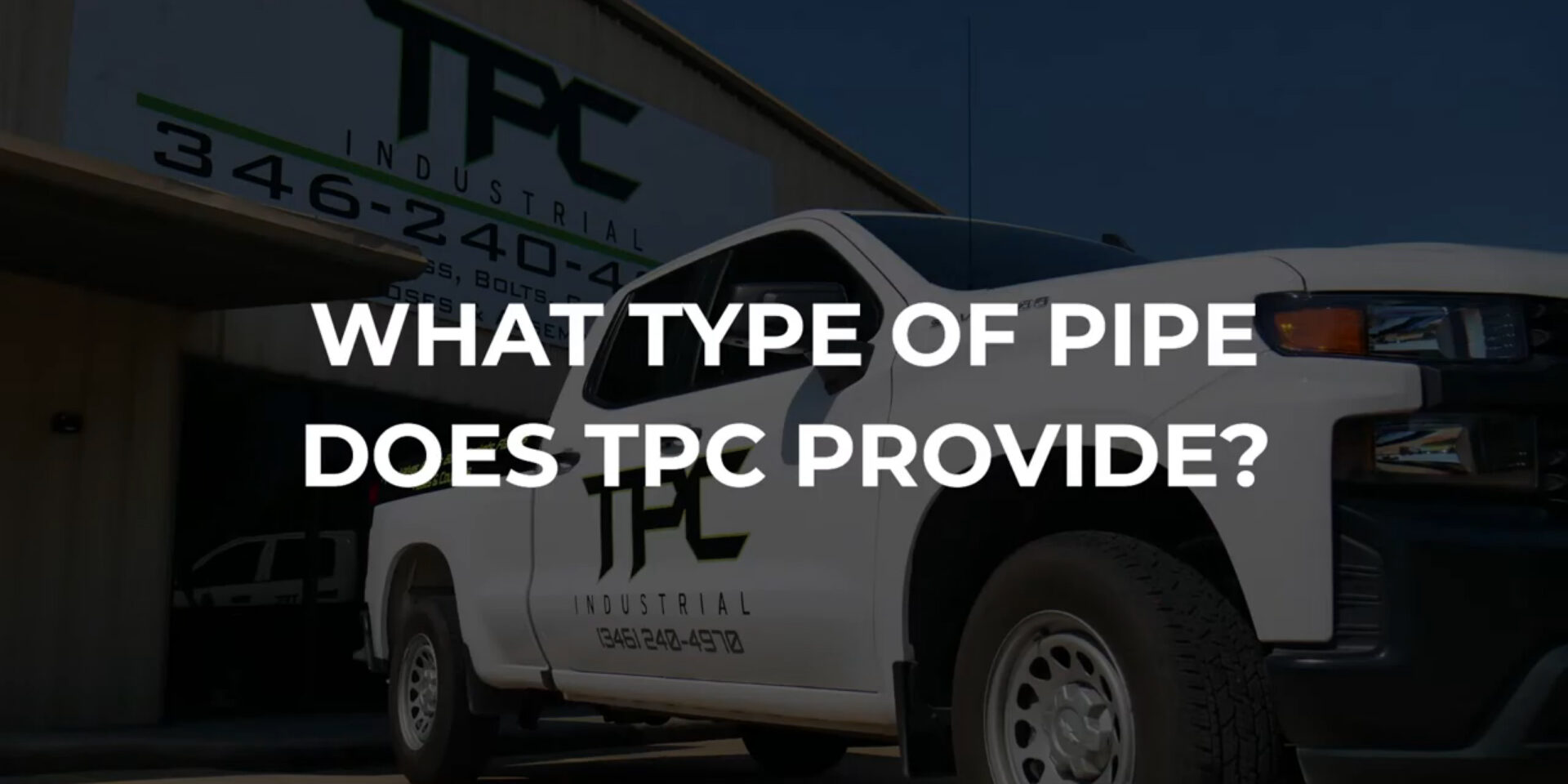 Pipe is a very broad term that encompasses many variations of tubular structures of different materials used to transport substances. When it comes to pipe variations there are literally hundreds of different categories. Pipe comes in everything from stainless steel and copper, to PVC and HDPE—each material serves a special purpose.

For us to cover all the different grades and materials pipe is made from in one blog, it would be more like a book. So, we’re going to focus on plumbing pipe as plumbing is one of the most common applications pipe is used for.

Types Of Pipe Used In Plumbing

Plumbing pipe comes in a wide variety of materials and each of them has their own pros and cons depending on the application. Some forms of pipe are what we call “uni-taskers.” They’re only used for one application— such as black iron for natural gas. Other types of pipe are “multi-taskers,” they can be used for a multitude of applications. Deciding what is best for your project comes down to physical factors, local codes, and preferences.

Look at some of the most common plumbing applications and see how many different types of pipe can be used. Knowing the overall end-use of your project as well as other factors will help you determine the best pipe for your usage.

A water service line is a pipe that connects the water main and your home or building. While copper and plastic are usually used, older structures may have cast iron or galvanized steel.

Distribution pipe runs inside a home or building and delivers water to fixtures directly from the service line or the water heater.

DWV is an acronym for Drain-Waste-Vent. A DWV system is made up of a home or buildings vent pipes and drainage pipes. This system takes wastewater from sinks and appliances such as dishwashers and washing machines to the sewage lines. There are two parts to this system: one part routes the waste from the building to the sewer. That would be the drainage line. The other allows noxious gasses to escape so that air gets into the drainage pipes to move the flow. Those are the vent pipes.

Why Should You Care About A DWV System?

Well the reason you should care, is that the DWC system is a critical part of your building or home. Without this system intact your home would be on the verge of blowing a pipe full of sewage and wastewater all over.

There’s a few other things you should know about DWV systems as well:

What Kind Of Pipe Can TPC Help You With?

TPC Industrial has such a wide variety of pipe available, it would be impossible to go down the list. What we can tell you for sure is that if you need it we have it or will find it—STAT. Contact us today and let us earn the right to be your preferred PVF supplier.

What Is A PVF Distributor?
September 23, 2021
LOOKING FOR A PARTICULAR ITEM?