What Are Custom Fabricated Supports? 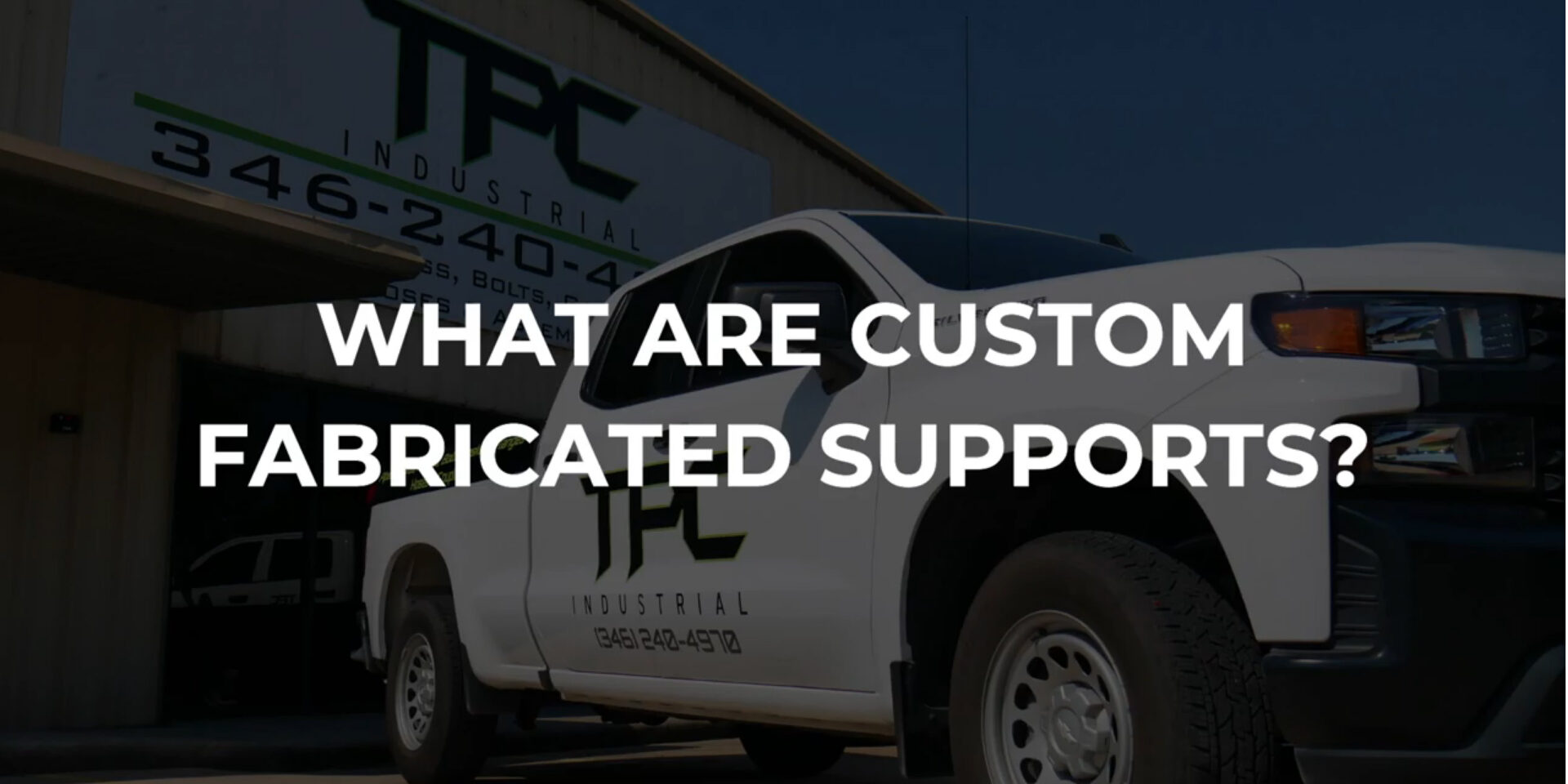 We create supports that directly reflect the specifications and dimensions taken directly from your isometric drawings. We can also do hot-dipped galvanizing once they’re completed for enhanced durability.

Pipes all over the country in multiple industries are under extreme amounts of stress. The failure rate of pipes nationwide is quite startling, to say the least. A recent study from a major university documented that pipe failures were up almost 30% over six years alone. However, this doesn’t have to be an ever-increasing statistic, and it shouldn’t be. There’s a way to mitigate pipe breaks and extend the lifespan of piping of any material—pipe supports.

Pipe supports are structures that perform a multitude of critical tasks and are often just referred to as supports. The term itself is broad and can encompass a wide array of devices. But there are four primary functions of supports.

Tons of universal pipe supports fit many standard pipes and setups. However, no matter the industry you’re in there isn’t always a cut and dry, uniform solution for pipe supports. More than likely, you will need custom fabricated supports at some point to get the job done right. It could be due to the environment, a design mistake that requires a workaround, or any number of determinant factors.

The Benefits of Pipe Supports

Piping systems are a tumultuous environment and carry highly pressurized fluid and corrosive materials. If they aren’t reinforced they can vibrate loose, swing with fluid transfer, or rub on other structures and cause damage.  Not to mention the expensive OSHA fines your job site would rack up. Pipe supports are designed to mitigate the dangers that come with piping systems. They help in several distinct ways:

Now, keeping that in mind there are several types of pipe support designs that help in their own unique way. This isn’t even counting custom fabricated supports that are unique to the job site they’re designed for. However, the purposes they serve are the same.

Pipe restraints are supports that are designed to control the movement of pipes and mitigate movement. When they are implemented properly, restraints can significantly lessen the stress the pipes would normally be subject to. The stress they are exposed to daily comes from vibrations, sway, and movement caused by thermal expansion and contraction—all which create friction. When pipes rub against other objects they begin to wear down. Over time, the pipe walls become so thin that they can rupture.

As the name implies, restraints control that movement and keep the pipes in line and going the right direction.  Most restraints also include a dampening material that reduces the amplitude of vibrations.

However, despite all the benefits of restraints, if used improperly, they can cause serious damage. For example, restraints should never be used solely to anchor pipes against a beam or structure. This causes pressure and broken pipe restraints, or worse—ruptured pipes.

A pipe restraint used properly will redirect movement and guide the motion of pipes to keep them from moving wildly. Of course, they also will absorb vibrations as they are designed to do.

Isolators do exactly what the name implies as well—they isolate. Keeping pipes away from contact with surrounding objects which could be harmful. In doing this, they prevent corrosion, reduce friction, and protect against metal-to-metal contact.

Pipe shoes lift pipes off their surroundings to prevent corrosion, metal-on-metal wear, moisture, and galvanic corrosion. Welding, often a weak point in systems is also not needed thanks to pipe shoes.

Do You Need Custom Fabricated Supports?

At TPC industrial, we understand it’s not always going to be easy—we’ve done thousands of custom fabricated supports. From the ridiculously easy, to the incredibly complex—we say yes when others tell you no.

Our mentality is as simple as this— if there is a problem, there must be a solution. However, often other PVF suppliers want smooth, cookie-cutter jobs. They want to crank out the volume with what they know and that’s it.

Well, we’re just stubborn —we like to be challenged. After all, how can you get better without adversity?

Contact us today and let us put our shop to work for you.