What Are Rubber Hoses? 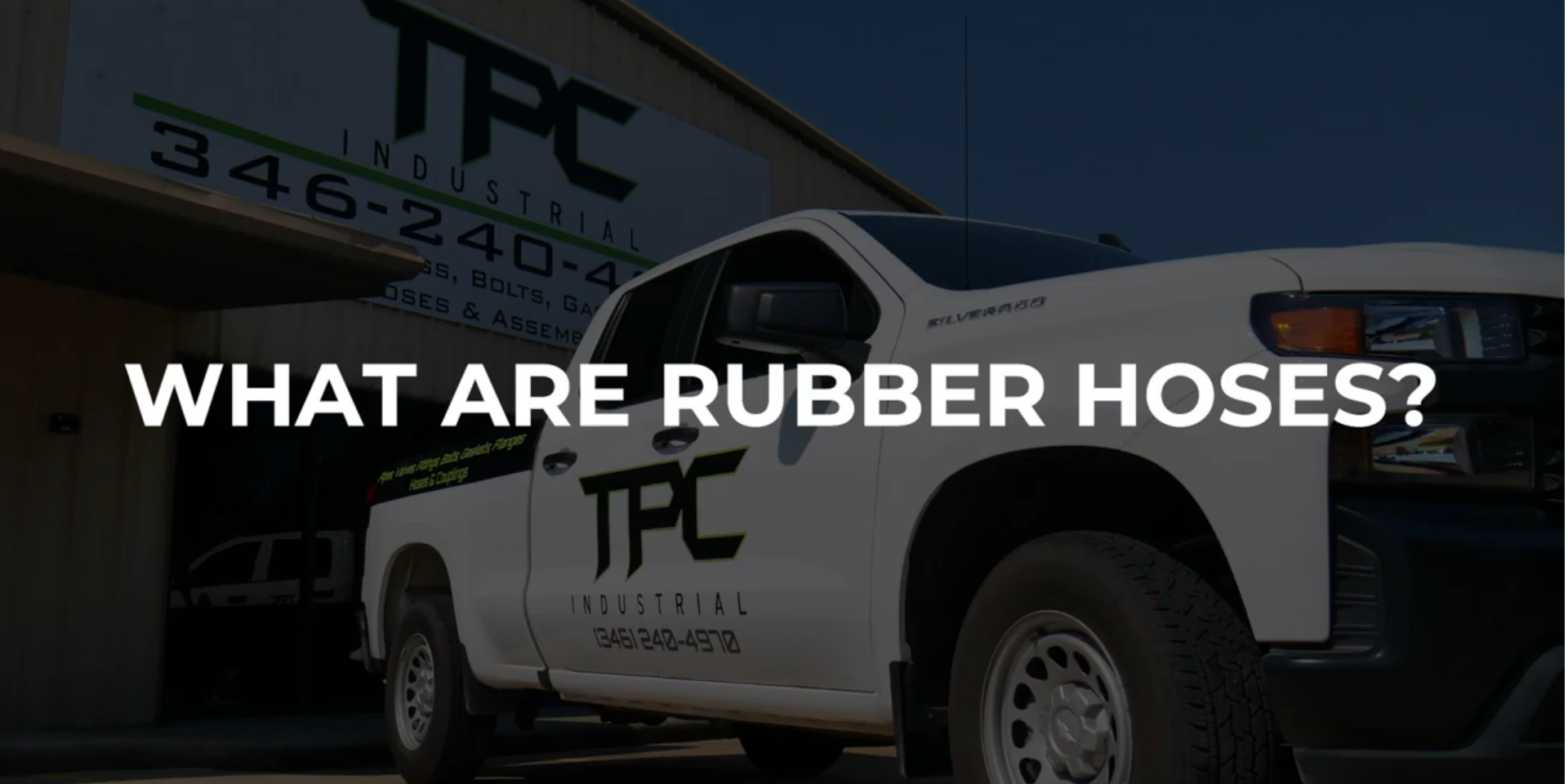 A: Rubber hoses are used for the transfer of water, air, petroleum, chemicals, and dry bulk material with higher temperature and pressure ratings.

Imagine the rugged sound of the diesel engine on an excavator, a jet ski skimming across Lake Houston, or factory machinery. There’s a lot of moving parts there and that means a lot of vibration and that poses challenges in design.

That fact is probably an obvious one but what you might not be aware of is the critical role rubber hoses play in that design. Even further, you may not be versed on what a rubber hose is made of (it’s not just rubber) and how they’re made. Rubber hoses are in high demand across a wide range of industries and are used in many different applications.

We know, hoses and all they entail don’t sound like the most exciting of topics. However, when you consider the variety of hose types and the numerous industries they serve—it’s quite impressive. There are extrusion and formed hoses, homogenous, and reinforced hoses among the different types. Each variety has its advantages and purpose of design based on the applications they’re made for. Those applications can range from hydraulic brake systems in automotive applications, to aerospace, boats, and more.

So let’s take a more in-depth look at rubber hoses from formed varieties for turbochargers to hose assemblies for oil rigs.

As we’ve mentioned, there’s a wide variety of rubber hoses and tons of applications where they’re vital. One thing they all have in common is their one major function: the transfer of fluid, dry bulk, or gas. But rubber hoses are more than just a rubber tube.

The anatomy of a hose is actually made up of three layers. The innermost layer is indeed a rubber tubing that is formed when raw rubber is fed through a die to render to specs. This tubing serves dual purposes— to contain the material being transferred and resist breakdown by that material.

The next layer is for reinforcement and is referred to as the carcass. This layer is comprised of a braided wire that can also be knit, spiraled, wrapped, or woven on. It serves to protect the tube against pressure from within and external forces.

The third and most external layer is simply called the cover. This protects the tube against external damage and deterioration due to the environment such as UV rays. Covers can be color-coded to help in differentiating hoses per specific use, or simply for aesthetics. Although most uses include the carcass and the cover, there are some without. These hoses are referred to as homogeneous hoses and have no other layer than the tube.

The manufacture of rubber hoses can include several methods including extrusion, hand layup, molding, spiral wrapping, and calendaring. Typically, hoses with smaller diameters are made by extrusion and larger diameter ones by spiral wrapping. We could try and explain these two processes but that would be for another blog entirely. It’s a very detailed and complex explanation.

Vehicle hoses were and are still to this day the largest application, eating up a third of total demand. The rising number of vehicles in use and demand for vehicles drive the demand for hoses. Especially in the OEM and aftermarket replacement segments. The motor vehicle industry is a huge consumer of rubber hoses. They use them often in engines, steering, transmissions, brake systems, and other key vehicular components. There is also a sub-segment of more expensive, customized hoses that are designed for special uses. These uses include designs that function well in extreme environments and under the hood conditions.

Rubber is also used in a wide range of durable goods including industrial machinery, agricultural vehicles, aerospace, and more. In fact, nearly two-thirds of the total demand for rubber hoses come from industrial equipment which includes off-road construction equipment such as excavators.

Now that we have a solid understanding of the manufacturing of rubber hose and the industries that use them let’s look at applications. Since these hoses can absorb vibration and are very flexible, rubber hoses are perfect for designs that involve a lot of motion.

There are several varieties of rubber hoses used on farms and other segments of agriculture. It can be used to transfer grains, for irrigation, and in the harvesting equipment. Additionally, hoses are used for moving animal feed and fertilizer, both chemical and natural (manure).

Rubber hoses for the food processing industry are critical given strict standards imposed by the FDA. One of the important traits of a food-grade hose, is that it must have thick walls to prevent kinking. However, the hose still needs to be flexible. Since most food products contain acids and chemicals food grade rubber hose’s resistance to those substances is vital. Hoses for this industry must also be manufactured using a special process that avoids the transference of odors and tastes. Typically, food-grade silicone rubber, a synthetic form of rubber, is used within food processing applications.

The Best Supplier Of Rubber Hoses And More

As you can see, rubber hoses may not be exciting but the development, innovation, and market shares are impressive. However, what we’ve covered is just scratching the surface. So, if you need rubber hoses of any variety—TPC should be your first call. We have what you need or we will get it quickly and ensure prompt delivery. Contact us today and let us be your reliable supplier for rubber hoses and all your PVF needs.