What Does PVF Stand For? 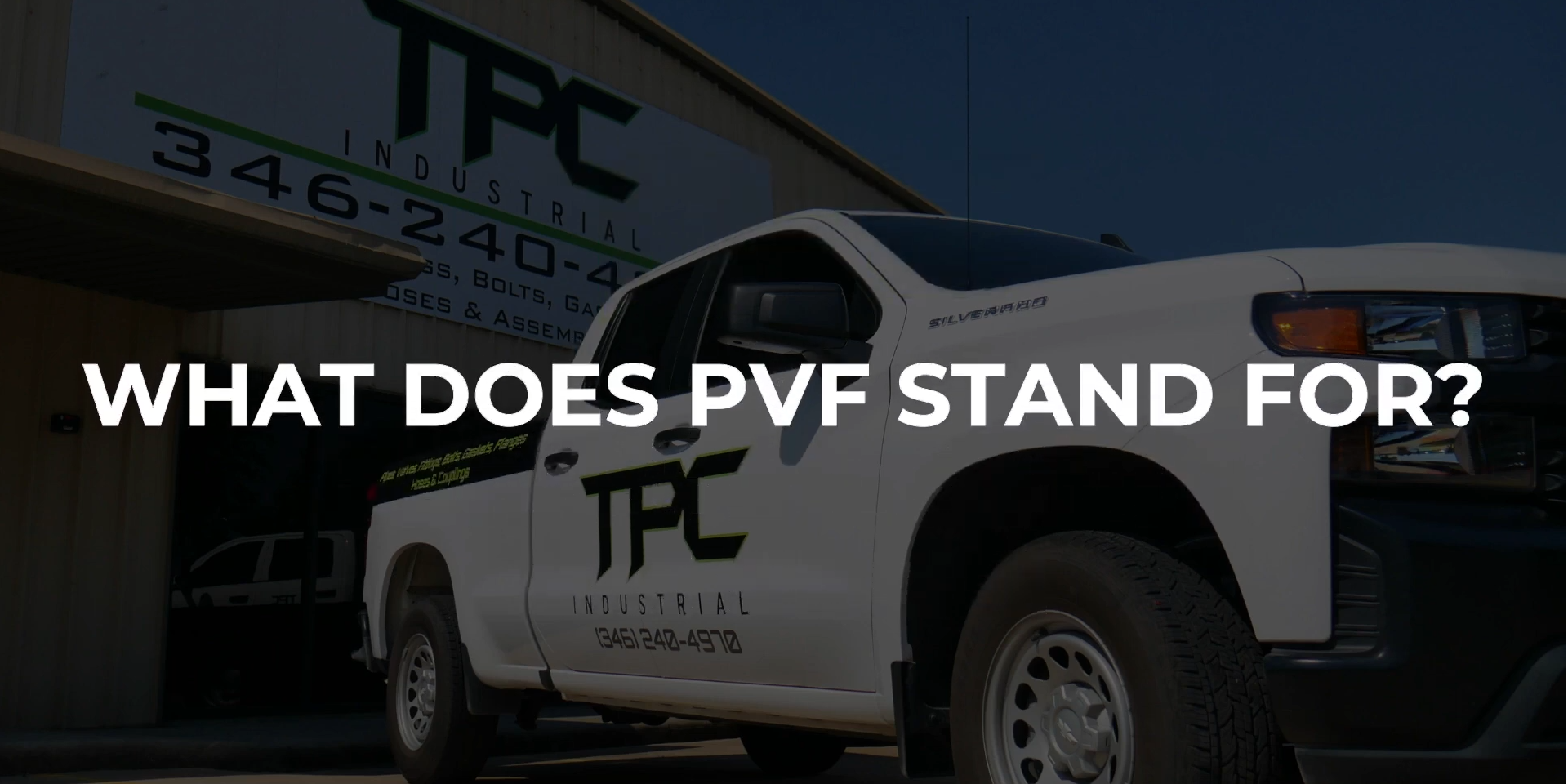 A: PVF stands for pipe, valves, and fittings. It’s really a slang term that we use in our industry because what we do encompasses a lot more than pipe valves and fittings. Anything that the plants need to run their facilities is what we sell. Whether it be hoses and assemblies, couplings, pipe—anything they need, we provide.

PVF and all that it encompasses is used in just about every industry—retail, oil and gas, construction, waterparks, and more. When all the components that makeup PVF are combined in systems, they allow for the movement of substances from point A to point B. Now, the substance being moved could be several things.

From potable water to the natural gas piped into most Houston homes, it doesn’t happen without the PVF industry. If the PVF industry suddenly disappeared, daily life would be pretty difficult after a few days without supplies.

Given that every industry uses some form of PVF, all of the components within this realm can be very different. They can differ in function, size, shape, and materials—they can come in plastic, metal, vinyl, HDPE, and more.

So, what all is the PVF industry comprised of? That’s a good question with a long answer, so sit back and get comfortable.

What Does PVF Encompass Besides Pipe, Valves, And Fittings?

Although pipes, valves, and fittings are all often put into the same category together (hence the unifying acronym), they all have their characteristics and purposes. There are also quite a few parts and components in between such as hoses, clamps, pipe mounts, and more. But, for the sake of this discussion we will cover the big three:

Hollow tubular structures of various materials such as steel, cast iron, HDPE, and others that are used to move fluids, gases, small solids, and more. Often, you’ll hear pipes referred to as tubes and vice-versa but there are subtle differences that you must be aware of. Pipes are round but tubes come in all kinds of shapes. Tubes usually are cut with a flat edge, where pipes have a bevel cut so that they can mount to fittings easier. One of the most important differences: pipes are pressure rated and tested whereas tubes are not.

These “joiners” can connect sections of pipe to extend or alter the direction of the pipe. They are also used to transition pipes to different sizes and shapes as well as to measure flow.

PVF while covering more than pipes, valves, and fittings also vary quite a bit in materials and application. Depending on what they’re being used for, PVF is made from various metal and non-metal materials. The selection of material, as well as the size and performance rating, depend on application-specific parameters. Things such as substance being moved, pressure, temperature, and rate of flow. Usually, the fittings and pipe are made of the same material for consistent performance.

Pipe is available in many different sizes, shapes, and materials. The type you choose is again, based on the application and the conditions it’s being used in.

The most common type of pipe we sell include:

Valves, like anything else in the PVF industry, are needed in various sizes, pressure ratings, and styles to function as needed. Valve style is dependent on application needs and function. Choosing the proper valves is critical to any piping system no matter your industry. Some common valve types we sell include:

The materials used for pipe fittings will vary based on the system they’re used in and the conditions. Usually, fittings are made out of the same material as the pipes they connect. Common materials that fittings are made from include PVC, aluminum, stainless steel, cast iron, copper, ABS, and brass, to name a few. Common fitting types and their uses include:

How Does It All Come Together?

When you combine all the components that encompass the world of PVF they create what is known as a piping system. Piping systems are basically just a series of pipes, valves, and fittings that form a network to move substances from point A to point B.

These systems are a critical part of every industry that we encounter every day. They help move everything from gas from refineries to water from main reservoirs for a city water system.

TPC Has Everything PVF You Could Possibly Need

When you need a reliable supplier that has the most variety and fully-stocked inventory—call TPC. We have the parts you need, ready to ship for fast delivery. Contact us today and let us know what we can do for you.