What Is HDPE Pipe? 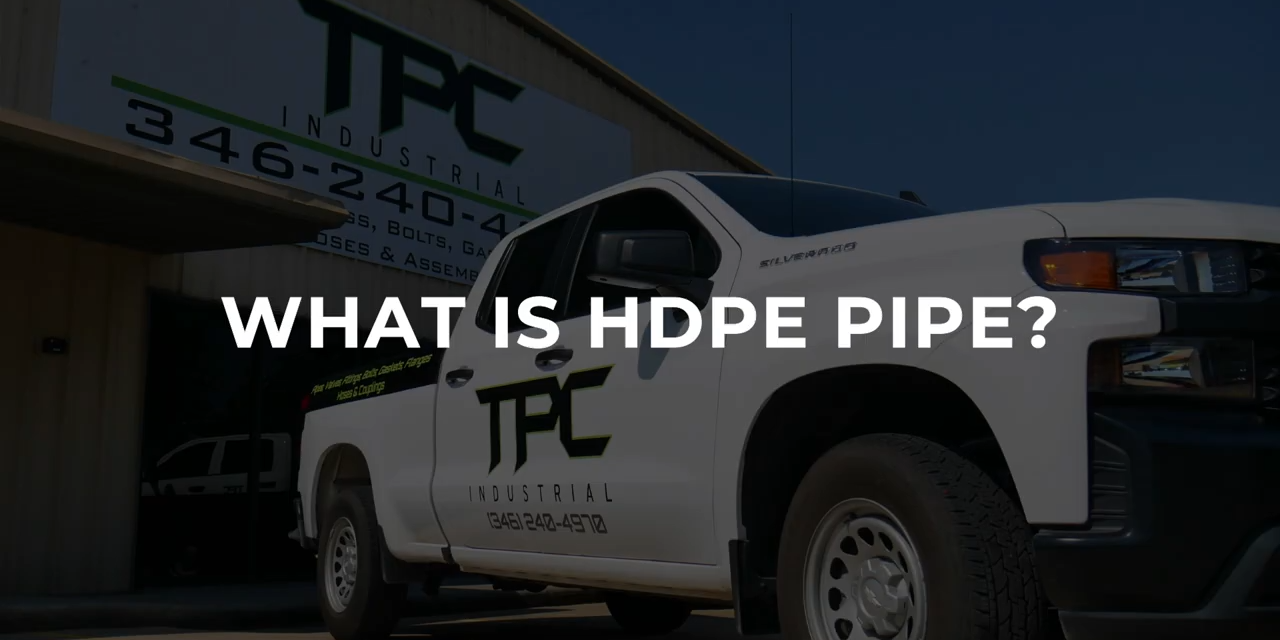 A: Another grade of pipe that TPC provides is HDPE pipe, which is high-density, polyethylene pipe. It’s used on all your underground lines—it’s used for fluid or gas transfer. Also, to replace your concrete piping, to make sure that all your pipe underground—stays underground and doesn’t break down as concrete pipe does.

HDPE Pipe is a very economical and durable solution for a wide variety of piping needs in all sectors. Made from polyethylene, it is vetted and proven effective for use in buried ground, above ground, surface laid, floating, slip lined, and subsurface marine applications. HDPE pipe is often used in the oil & gas, wastewater management, and agricultural industries among others.

It is more than capable of carrying wastewater, slurry, chemical substances, toxic waste, and even compressed gases. In short, it is highly adaptable to any industry, any application, and any fluid or gas medium without needing frequent repair. In fact, compared to all other piping used in some of these applications—it has the lowest repair rate.

Whether you are looking for flexibility, long lifespan, resistance to chemicals, or easy installation—HDPE pipe checks all the boxes and then some. You can find HDPE pipe used in industries and applications such as:

As you can see, HDPE is quite popular no matter the industry and it’s for good reason. In fact, HDPE has quite a few advantages over steel, concrete, and iron piping in many application. As we briefly cover some of the advantages of HDPE, you will come to find ways that it can benefit your projects. We have customers from many different industries including petroleum, municipalities, commercial farms, mineral mines, and more that frequently depend on us for their piping needs.

HDPE pipe not only saves you time due to its easy installation, it is also very economical. It has an exceptionally large impact on budgets due to:

The HDPE this unique piping is made of is a thermoplastic of the polyethylene variety, which is made from petroleum. Of the three polyethylene resins, it is the most widely used due to its flexibility and high tensile strength.

Known for being a very versatile and processable resin that is inexpensive and recyclable, its usage has spiked in many industries. In fact, it is one of the most often used plastics in business today. However, even though it was discovered in 1898, production didn’t take off until the 1950s. By then, improvement in the manufacturing process made production more efficient and less costly.

Naturally, this made mass production at an affordable rate a reality and therefore more HDPE found its way into everyday items. HDPE has an amazingly simple, no-frills chemical structure compared to other plastics, making it easy to process into different end products. It can be found in packaging and prescription drug bottles, building sheath, and of course, HDPE pipe to name a few applications.

At TPC we specialize not only in keeping sufficient stock on hand—but getting it to you quickly. We are carefully positioned and organized in such a way that we can get any order to anywhere in the U.S. in a much faster time than other suppliers. This is because our strategically located warehouse ensures we can serve most customers expediently. Contact one of our inventory specialists to discuss your needs today and see the difference that quality and rapid project suppliers makes.